Dear customers, as of 20th September 2022, we are no longer offering tests and recovery certificates at our clinics while we refurbish them in preparation for the next stage of our business.
Home

The Cheapest European Cities To Explore in 24 hours this Autumn 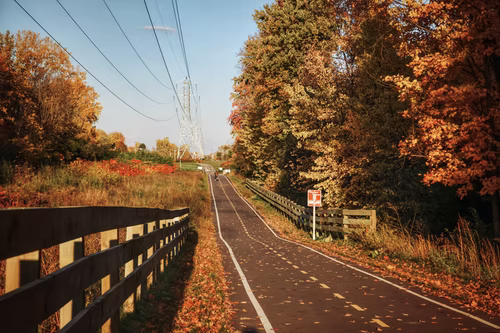 Corona Test Centre has analysed 43 of the best European cities to visit during autumn and found out how much it will cost you for a 24-hour trip or weekend getaway. ‍

As the nights are getting darker and summer comes to an end, many of us are still desperate to go abroad, with so many not travelling outside of the UK for the last 18 months as a result of Covid-19. But with restrictions easing and millions of people wanting to get back to having a city break holiday they can enjoy, which are the most affordable getaways this autumn?

Corona Test Centre has analysed 43 of the best European cities to explore in the autumn months against a number of metrics to determine how much they cost to visit for a 24-hour or a weekend away. Analysing the cost of a 3* hotel, a hop on hop off bus ticket, a coffee, a beer, a meal out, alongside looking into the average temperature, number of free attractions and cheap eats, the study reveals the most affordable trips you can go on that don’t break the bank this autumn.

The top 10 most affordable cities in Europe to visit this Autumn include:

Serbia’s capital Belgrade located in the southeast of Europe takes the crown as Europe’s top city to explore this autumn for affordability. For a private room in a 3* hotel, tourists can expect to pay as little as £18 per night, the second-lowest in the ranking (Riga in Latvia coming in at the cheapest at £14 pn) which would come to just £54 for a 3-night weekend away. Serbia is known for its warm temperatures and an endless number of bars and restaurants, which you can enjoy at some of the cheapest prices with a beer costing just £1.46 and a meal out sitting at £5.09, three times cheaper than London.

Known for its historic buildings and cheap beer, the Czech Republic’s capital ranks as the second most affordable winter destination. With a 3* hotel costing just £22 per night, tourists would be saving nearly £100 per night staying in this city compared to Wicklow, Ireland which comes in at a staggering £116 per night.

Prague also ranks in the top 10 for its number of free attractions at 360, and number of cheap eats at 1,204, which is impressive for this relatively small city.

The city of Porto, Portugal ranks as the third cheapest city to explore in Europe this autumn and is the perfect choice for those looking for some autumn sun. With an average temperature of 21 degrees celsius in the autumn sun, this destination beats both Belgrade and Prague. The city also offers some of the most affordable sightseeing with a hop on hop off bus costing just £15.36, which ranks as the 9th cheapest of all 43 cities analysed.

From its thermal baths to its dramatic architecture, Budapest offers something for everyone and is a great getaway that won’t break the bank. With the seventh cheapest 3* hotel price coming in at £29 per night, tourists can stay for a whole weekend for under £100. You can expect average temperatures compared to all cities analysed with the autumn months hitting 11.8 degrees celsius, making it a great city for all needs.

For those that didn’t get to experience any real sun from the UK summer, Seville is the top destination to get some warmth, coming in as the warmest and fifth most affordable European city at 26 degrees celsius in the autumn months. From flamenco dancing to its impressive architecture, this city is cheap to get around with transport costing just £1.20 on average and the perfect place to stop for a coffee, coming in as the sixth cheapest of all 43 destinations at £1.27.

Portugal’s hilly coastal capital city Lisbon ranks as the sixth most affordable autumn getaway in Europe. Described as Europe’s coolest city on American television channel CNN, Lisbon offers some of Europe’s highest number of cheap eats restaurants at a whopping 1,164, over 20 times more than the likes of Dubrovnik, Croatia that has just 50. This sunny city also offers the fourth cheapest beer in Europe costing just £1.71 for a pint.

This famous seaside, metropolitan city bursting with culture ranks seventh for the cost of all cities analysed. Whilst the cost of a hotel isn’t the cheapest at £46 per night, Barcelona makes up for it in its endless amount of free attractions, coming in at fifth with 435 places to visit without spending a penny. It also ranks fifth for the number of cheap eats it is home to at 2,046, leaving you with plenty of affordable choices.

Located on the Baltic coast, this city in Poland may not be at the top of many people’s bucket lists but ranks as a top destination to visit for an affordable getaway this autumn. A great location you can explore in just 24 hours if needed, this city is great for history fanatics, with you able to stay for £25 per night and your average meal coming to just £6.33, nearly four times cheaper than Bern, Switzerland where an average meal will cost you £23.58.

With endless iconic attractions from the Colleseum, Pantheon and Trevi Fountain, Rome is a must-see European city for tourists and surprisingly ranks in the top 10 cheapest places to visit as well. With Italy known for its top-notch copy, Rome offers the cheapest cup at just £1.08, which you can enjoy whilst strolling through the historic streets. For a full tour of the city, hop on one of the tour buses for £23.04 to see its stunning sights, and visit one of its 927 free attractions.

From impressive landmarks, historic streets and stunning squares, Poland’s capital Warsaw ranks as the 10th top European city to visit this autumn that won’t cost a fortune. Particularly famous for its Old Town, you can stay in this city for just £19 per night, the fourth cheapest of all cities analysed. To top it off, a meal will cost you just £8,85 on average, and beer just £2.27, seeing your total meal come to just over £10.

With endless cities to explore that tailor all needs and budgets, which autumn destination will you be heading to?

Get Your Weekly Newsletter

Learn more about Covid-19, viruses, antibodies and more each week from our dedicated blog.

Thank you!
Your submission has been received!
Oops!
Something went wrong while submitting the form.

Need to speak to someone? Get in touch below

Corona Test Centre provides quick and convenient medical testing throughout the UK with 8am-6pm UK based customer support. We're rated 'Excellent' on Reviews.io by thousands of travellers for clinic and home testing.

Corona Test Centre is a government (Department of Health & Social Care) listed provider of Covid-19 testing in the UK.

We're a UKAS accredited medical laboratory no. 22413 for the activities listed in our schedule of accreditation.